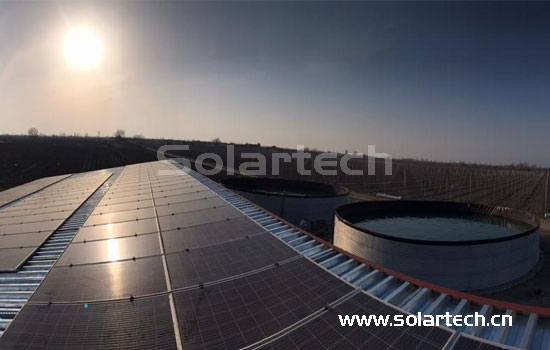 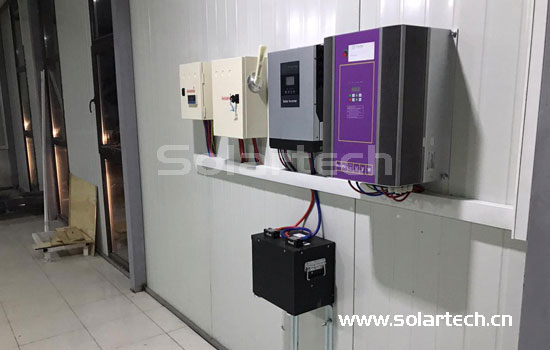 In March 2020, Solartech 22kW solar pumping system was successfully installed and operated in Azerbaijan. Solartech customized the solution according to user's actual demand, which is the system contain of a 22kW full stainless steel water pump and a PB30KH solar pumping inverter, optimizing equipped with enough solar panels to ensure the system operating time and daily water flow. 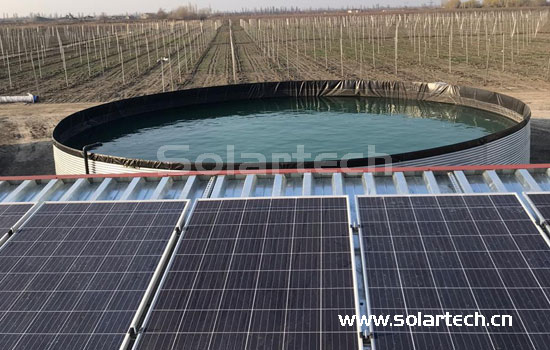 The project is mainly composed of two parts, one is solar agricultural irrigation system which is mainly based on solar pumping system, and the other part is solar off-grid energy storage system, mainly responsible for lighting and other security and control system power supply. Instead of the conventional method of flood irrigation, the solar agricultural irrigation system is powered by pure solar energy which drive the water pump to delivery water from the well to the reservoir, and then pipes them to the irrigation system, greatly reduces the water loss and waste and makes full use of water resources. 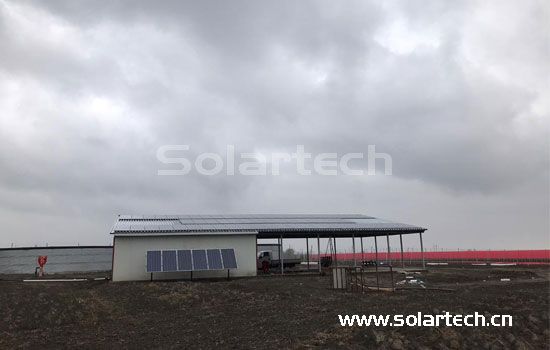 Azerbaijan's agricultural land accounts for 52.3% of the country's land area. About 4.6 million hectares can be cultivated or grazed. Among its arable land, 38% is irrigable land. Azerbaijan is dry in summer, most of the precipitation is concentrated in winter and there are 9 months of sunshine every year, which provides unique conditions for solar pumping irrigation. In recent years, the government has successively issued a series of measures such as providing farmer subsidies and improving infrastructure construction to strongly encourage local agricultural development. 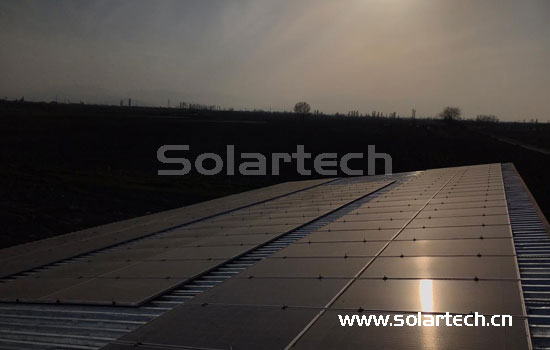 As a part of the smart farm project launched by the local government of Azerbaijan, the solar agriculture irrigation system combines traditional farm affairs with a variety of modern technologies, and has successfully promoted the development of local smart farm projects. It was highly praised by local farmers. It is not only improved irrigation efficiency, as well as significantly reduced labor cost. 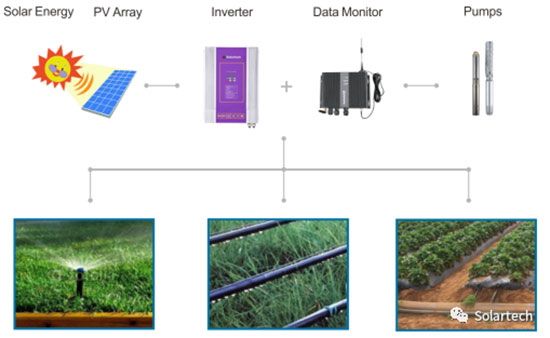 Solartech solar pumping irrigation system starts working at sunrise and stops working at sunset. No needs of manual duty, diesel, grid power, or energy storage batteries. It directly drives the pump to work without any environmental pollution. At night, domestic water use can be provided by installing a water tank to store water instead of electricity. Special water demand can also be meet by combined with grid power supply, diesel generators and batteries. Matching with drip irrigation, sprinkler irrigation, infiltration irrigation and other water-saving irrigation facilities, it can save water and energy, significantly reduce the system construction and operation costs and improve the economic output of the project.

Solartech
Let the World of Water Fill with Sunshine

The patented solar pumping technology which originally developed by Solartech can directly convert solar energy into photovoltaic power to drive pumps and no need power grid or energy storage batteries. It is ready for use during the day and can store water instead of electricity at night. Solartech solar pumping system technology was listed in the China Key Promotion Guidance Catalog of Advanced Water Conservancy Technologies by the Ministry of Water Resources in 2011 and awarded the United Nations Global Human Settlements Model of Green Technology in 2014.