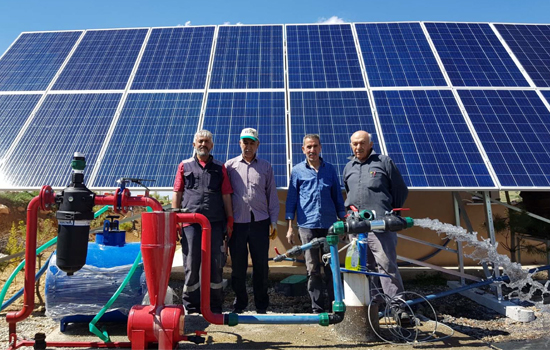 Konya province is located in south-central Turkey and is the main agricultural center of the Anatolian Plateau, at an altitude of 1027 meters and a population of about 2.1 millions. Agricultural irrigation water is often under strain during the dry season due to the low average annual precipitation and uneven seasonal distribution in the region. The main local farms are far from the urban area, the electricity supply is highly unstable and the electricity bill is very high. Farmers need to be equipped with large diesel generators to power pumps and pump water to meet irrigation water, which is not only expensive to operate and maintain, but also contributes to some pollution of the local environment. 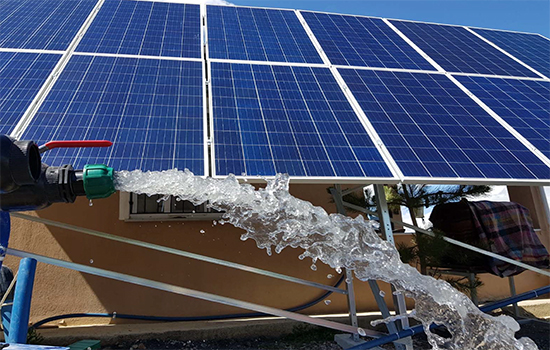 The Turkish orchard irrigation project equipped with 5.12kW solar PV power, the water head is 60 meters, daily water flow is 75 tons and the altitude is 1027 meters. It uses full stainless steel 3kW AC submersible pump. The average purchase and construction cost of a solar pumping system is equal to that of diesel generator with the same water output. Only the pump needs to be replaced and maintained in the first 6 years while the main equipment does not need. The average unit cost of water consumption in 6 years is 0.0.34 USD / ton.The total water output is 685,000 tons in 25 years, and the average cost of water per ton is only 0.027 USD.It saves 80% cost than diesel power’s. 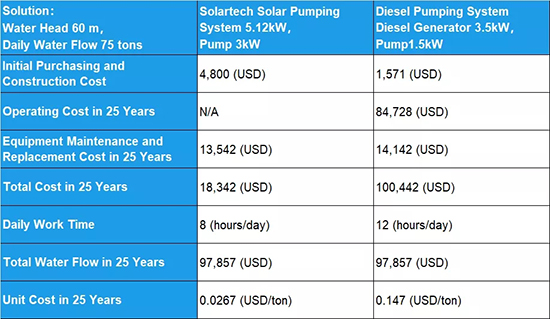 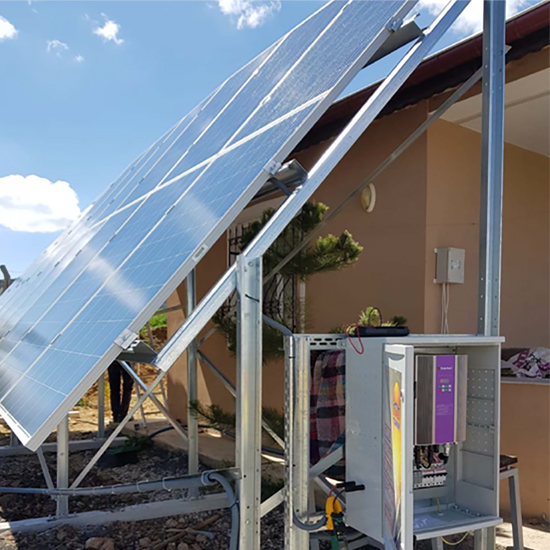 Solar pumping system is ready to use. Automatic operation and no need to pay electricity bills. No need grid network or water channels. Water storage instead of electricity storage and no need energy storage batteries. 53.23 tons of diesel could be saved in 25 years of project operation.

Solartech
Let the World of Water Fill with Sunshine

The patented solar pumping technology which originally developed by Solartech can directly convert solar energy into photovoltaic power to drive pumps and no need power grid or energy storage batteries. It is ready for use during the day and can store water instead of electricity at night. Solartech solar pumping system technology was listed in the China Key Promotion Guidance Catalog of Advanced Water Conservancy Technologies by the Ministry of Water Resources in 2011 and awarded the United Nations Global Human Settlements Model of Green Technology in 2014.